Forget boring meals; it’s time to add some pizzazz to your recipes. This Ninja Foodi Roasted Ham & Spicy Peach Glaze is sure to rock your world and impress your family. There is just something about the aroma of cooked ham that makes you feel like it is the holidays. You can enjoy this tasty meal any time of year, and it is terrific for potlucks and parties too.

The peach glaze on this baked ham is the perfect marriage of sweet and spicy. The best part is that you can adjust the ingredients to fit your likes and dislikes. For example, you can doctor the sauce up by adding a pinch of thyme, pepper, and some dried chili flakes until you reach your desired hotness. If you are like me, then you like a little bit of a bite! But if you are serving this dish to people who like the spice to be more subtle, then you can adjust. 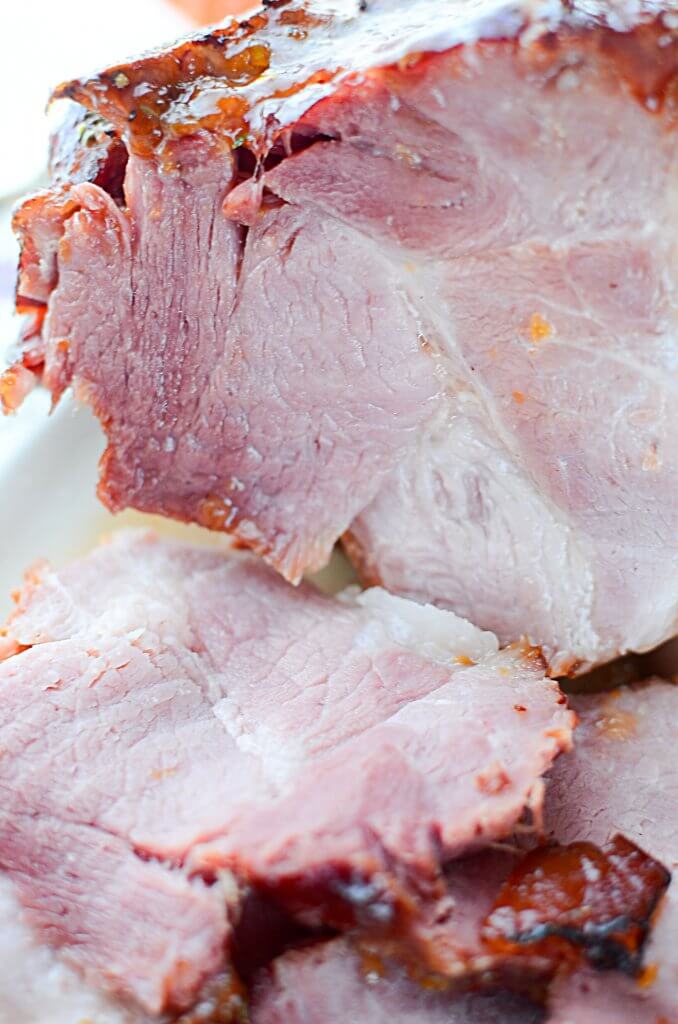 The Ninja Foodi is the hottest kitchen gadget on the market right now! It is basically a pressure cooker, and an air fryer all rolled into one. Isn’t that the coolest thing ever? Imagine all the meals and recipes you can make with this awesome machine. If you aren’t sure what model to buy, you should check out this Ninja Foodi Cooker. After you cook with it the first time, you are going to be in love!

Which Ham Is Better: Bone In Or Boneless? 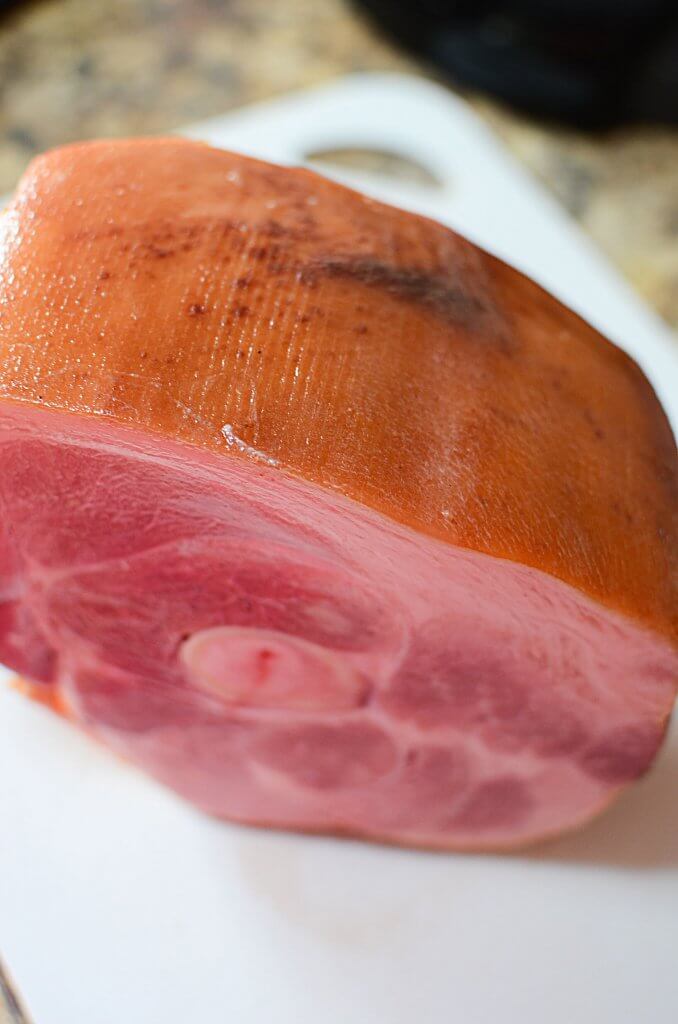 There are several things to take into consideration when deciding which type of ham you want to use. A bone-in ham is going to give you a juicy, tender cut of meat that isn’t dry. One thing that is important to me about using ham with a bone is you can always use the leftover bone in other recipes.  Bone-In ham is going to take longer to cook because it wasn’t precooked when you started. Spiral hams are great because they have been pre-cooked so they just need to be heated up throughout. Also, a bone in ham is going to be a little more difficult to cut up and make look pretty but the good news is that as long as it is heated properly, it doesn’t matter if it isn’t cut perfectly. 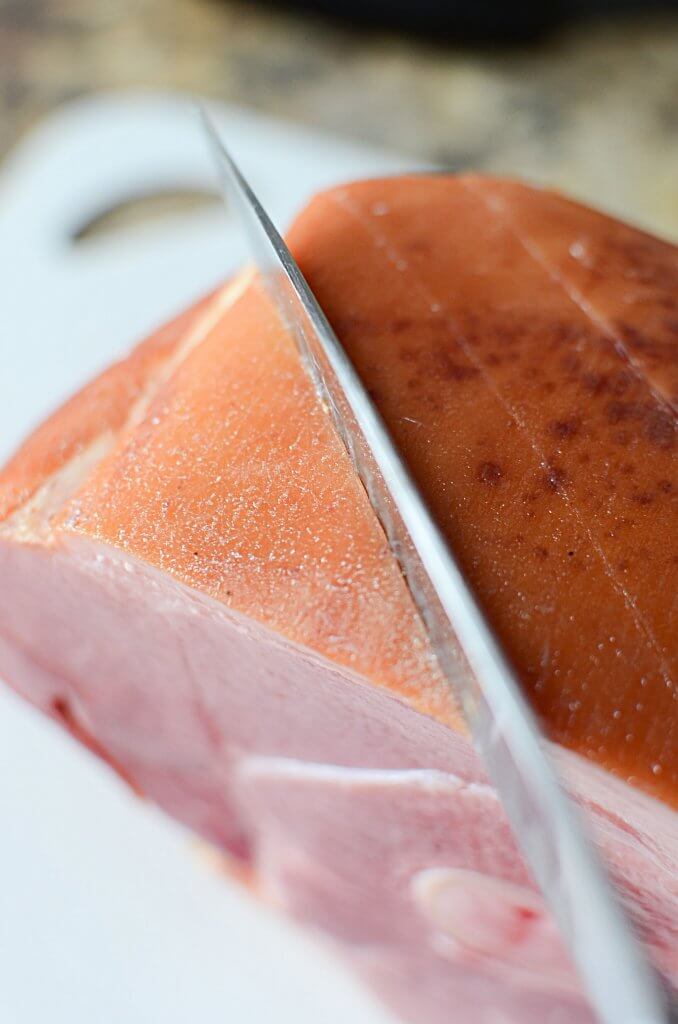 Slice diamond shapes into the fat cap of the ham to help render the fat and keep your Foodi ham moist! 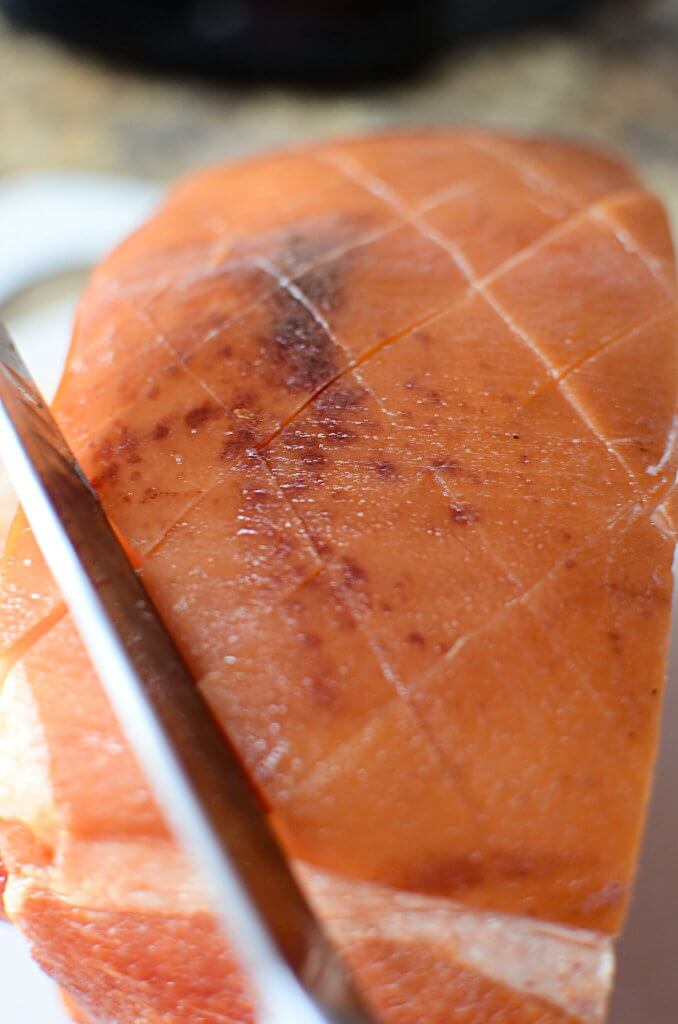 What Is The Difference Between A Ninja Foodi And An Instant Pot? 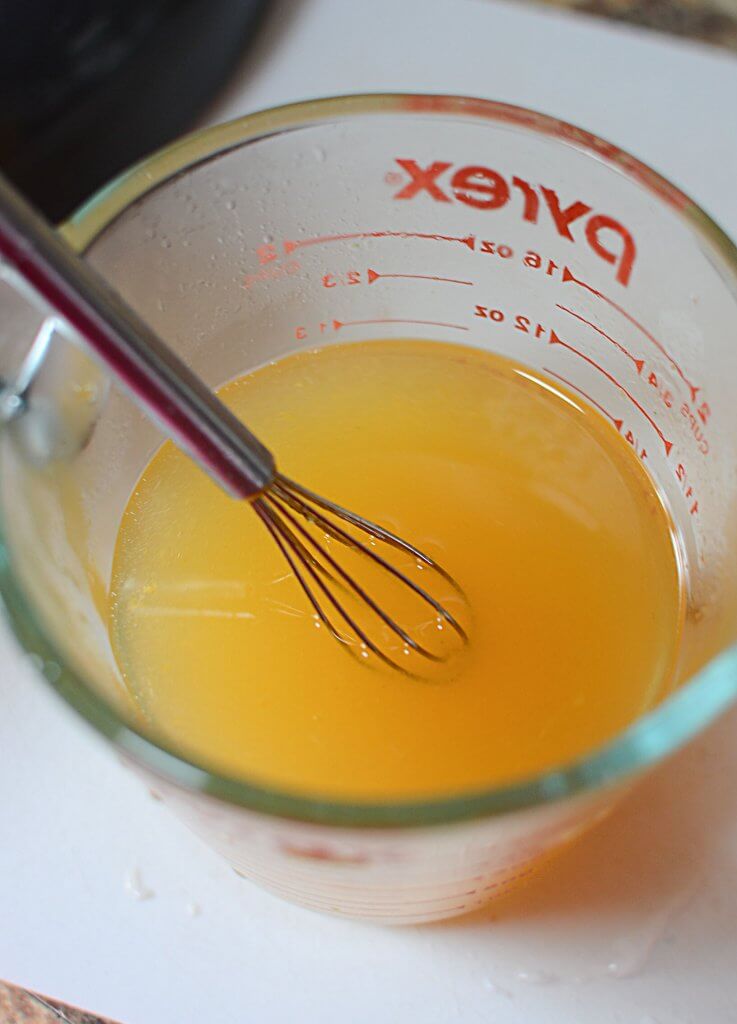 Dollop about 2 tbsp of peach preserves into the water  and whisk to dissolve. Use this at the bottom of the Ninja Foodi pot to pressure cook your ham for extra flavor!! 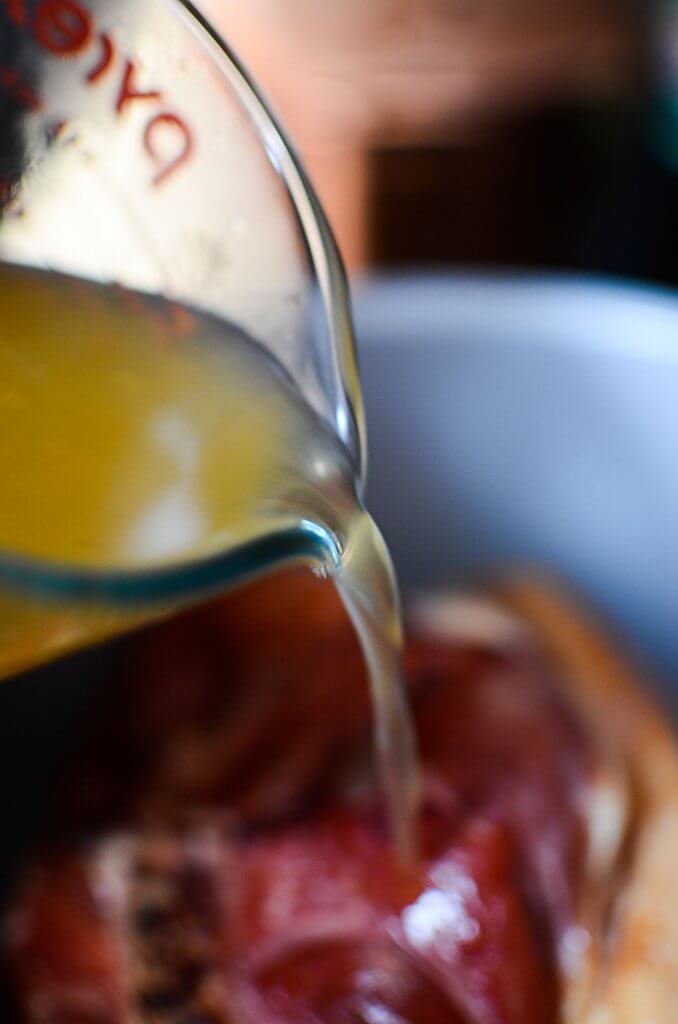 How Do You Know If A  Bone-In Ham Is Fully Cooked?

When you are cooking a ham, you want to use a meat thermometer and check the internal temperature. The center of the ham (closest to the bone but not touching it) needs to reach at least 140 degrees Fahrenheit before it is safe for consumption. If you are using a spiral ham, they are all already pre-cooked, but they taste better when they are warmed up. 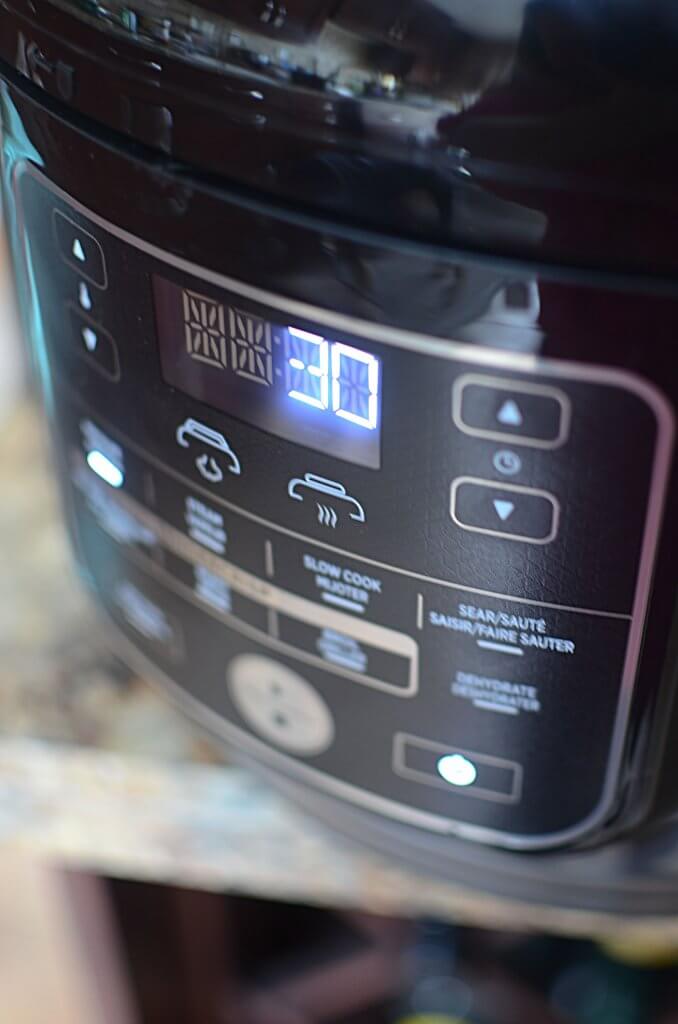 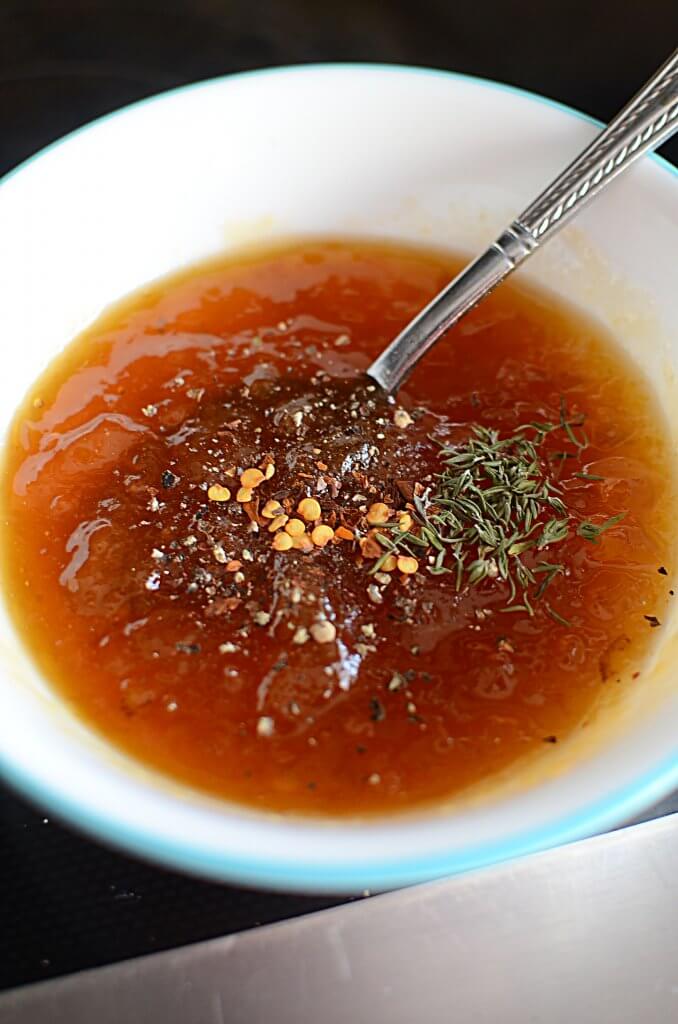 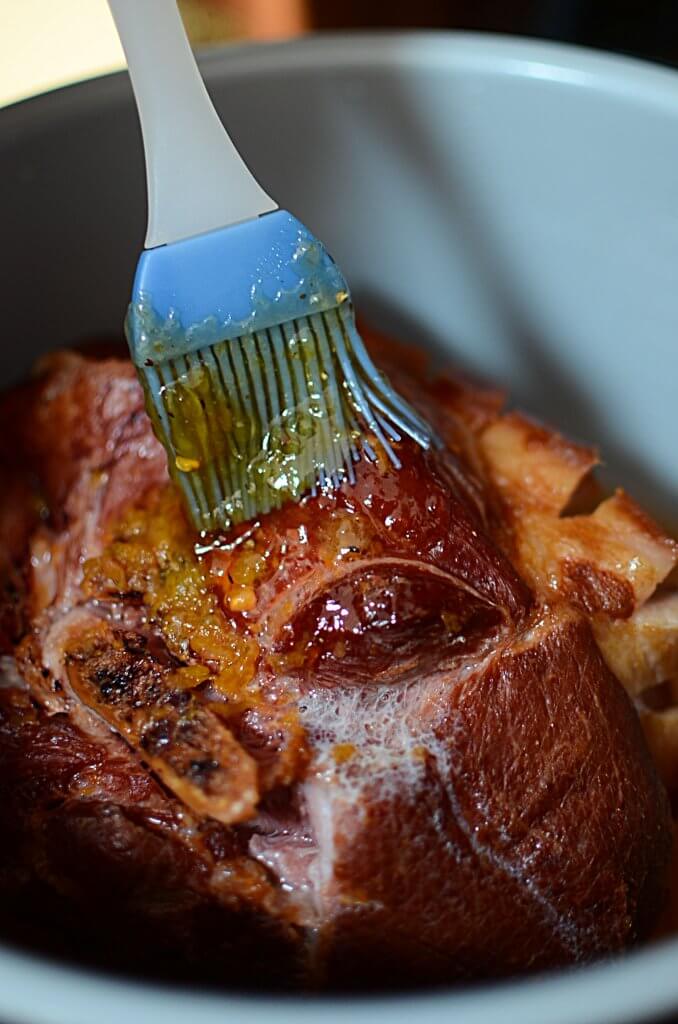 Directions To Make This Foodi Ham in the Instant Pot:

This ham can be prepared exactly the same with as the directions say for the Foodi, except for when you want to broil the ham, you will need to take it out from the Instant Pot bowl, and place it into a baking pan or baking sheet.
Glaze the ham as directed, and place under the broiler and watch it VERY CAREFULLY! The ham will begin to caramelize and you must watch it closely so the sugars don’t burn. Enjoy! 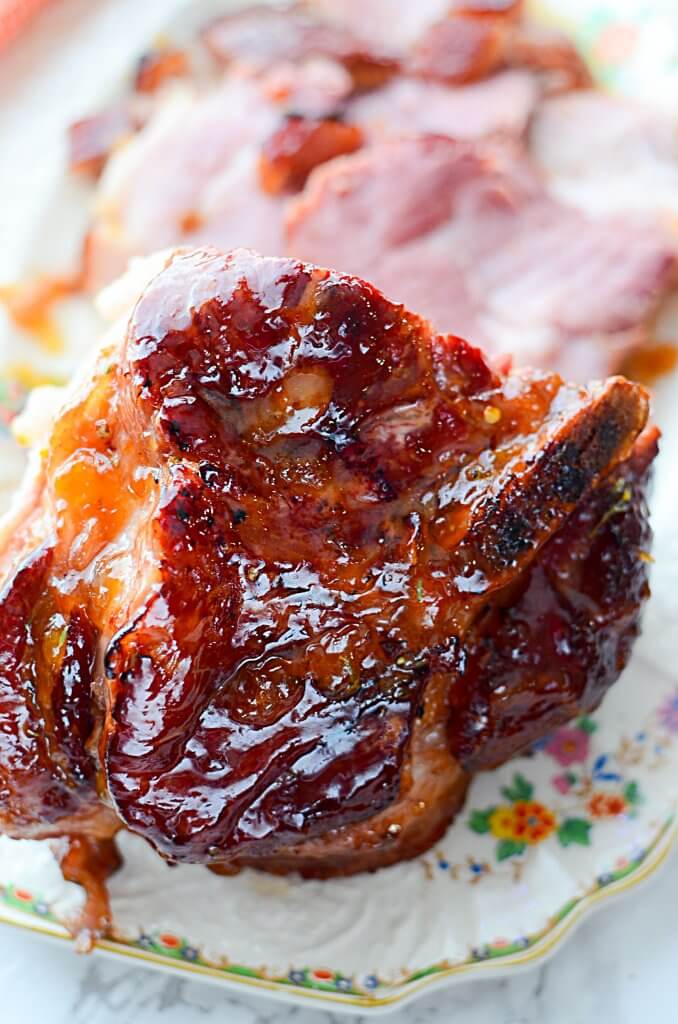 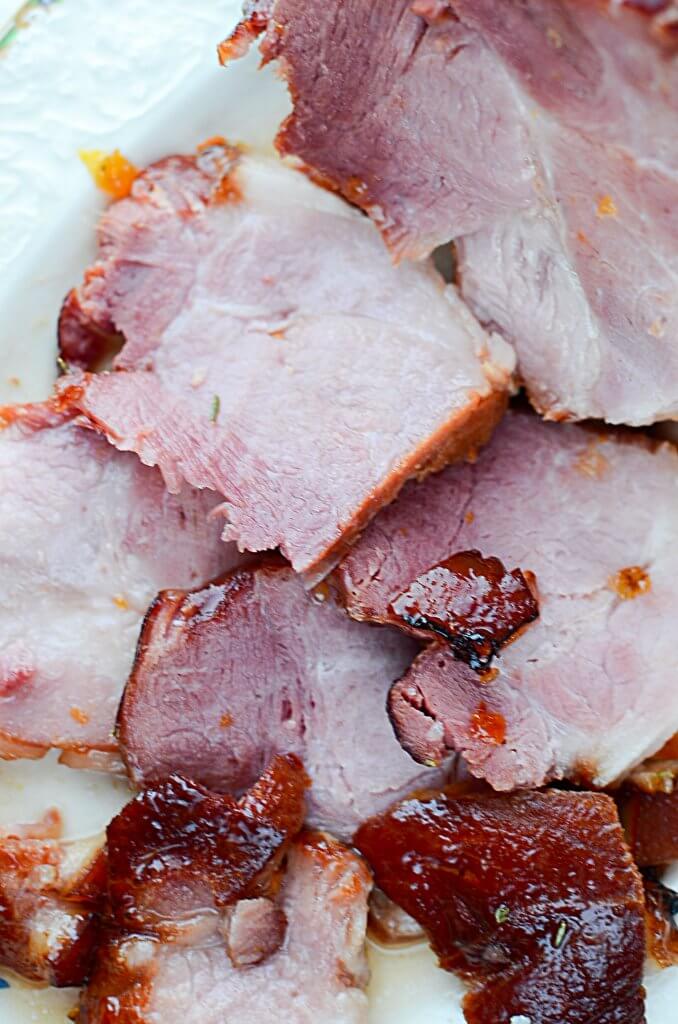 It’s all pretty easy to do with this Ninja Foodi.  It’s like making an Instant Pot Ham, but waaaay better because of the broiling aspect right in the pot! So when you’ve taken the ham out of the pot, feel free to use the “gravy” to drizzle over the top of the ham if you wish.

This fantastic Foodi Ham will be incredible served with rice, potatoes, cauliflower rice, vegetables, etc etc etc! (I’ve been known to just eat the ham and that’s it!! Hey —- no judging! 🙂 Thanks for stopping by The Salty Pot today!