Hey guys! So the good folks over at VitaClay Chef sent me a new (to me) cooking unit that is in their collection of healthy multicrocks. Btw, I’ve not been paid for this review, and sincerely, all the opinions I state here are all my own. It’s important to me that I keep my integrity on this blog by telling the truth  in my reviews, so that you, my beloved readers, can make informed decisions when purchasing things like this.

If you remember earlier this year, I reviewed a different VitaClay model  ( the Vitaclay VM 7900 Smart Organic Multi-Cooker) that was sent to me. I’ll link the review here, so that you can read both reviews and it might help make up your mind about which unit  might work the best for you.

So this unit is the VITACLAY SMART ORGANIC CLAY STOCK POT AND MULTI-CROCKS – 6 QUART – VM7800-5C.  I knowwwww.. I mouthful to say right?!?!?!! lol.  It’s like the bigger’n’badder version of the oval 7900 series. They developed this bigger version as people who had bigger families wanted units that could make bigger batches of soups, stews, rice and porridge. 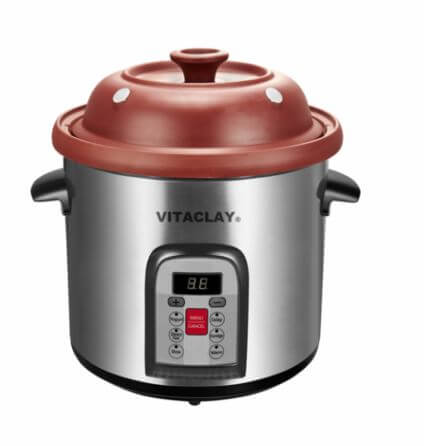 So I made the decision to make turkey broth this time, as I had a bunch of turkey bones. I suspected that the final product would be  just as good as the chicken broth I made in the smaller unit. I was right!

Let me say, I’ve made broth in all the ways you can think of:

… and now the VitaClay.

Of all those methods, the only thing that rivals the VitaClay quality of broth is the stovetop method. They are virtually the same if quality of taste, however, the real difference between the two is the CONVENIENCE!

With using the VitaClay Stockpot, you can basically set it and forget it. There’s no hanging around the stove to make sure the water levels are high enough and that your stock isn’t evaporating. As a side note, evaporation is minimal in the stockpot because the tight fitting lid  keeps a lot of the moisture in the stock, and while some evaporation comes out of the lid vents, it’s nothing in comparison to stove-top broth making.

Also, I feel completely comfortable with letting the VitaClay create it’s magic overnight while I sleep. I’ve done it overnight on the stove top as well, but it’s not often, and I do always wake up during the night to just check it. I THANKFULLY don’t have to do that with this stockpot. Yaaay! 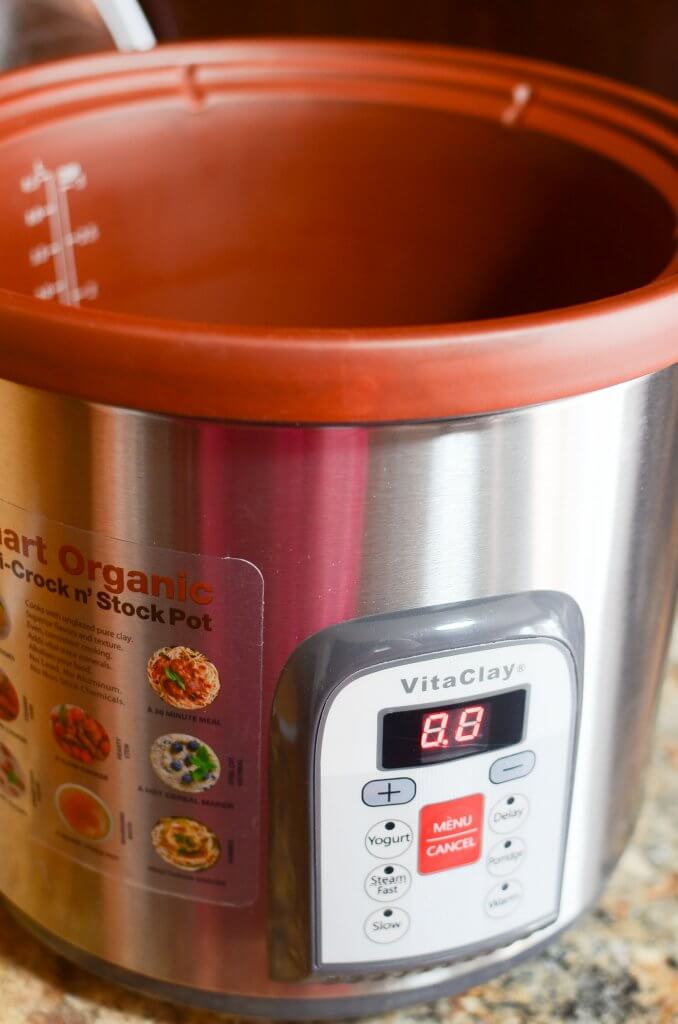 So I prepared the turkey bones as usual, by oiling them and seasoning them. I then bake them for a good 40 – 45 minutes to make them brittle. Roasting the bones really brings out AMAZING flavor in the stock. 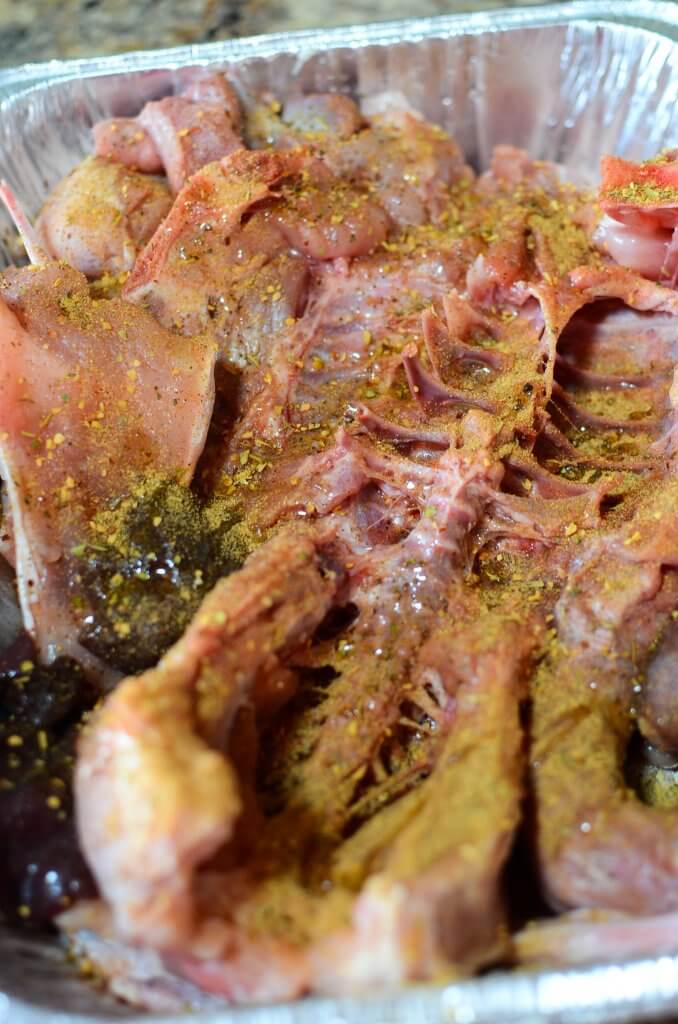 I then transferred all that was in the baking pan (oils/fats, everything) into the stock pot. Added cool filtered water to cover the bones. I did two cycles of the slow cooking unit (this is a personal preference. You don’t have to do two cycles, but I like to get absolutely everything out of those bones that I can.). 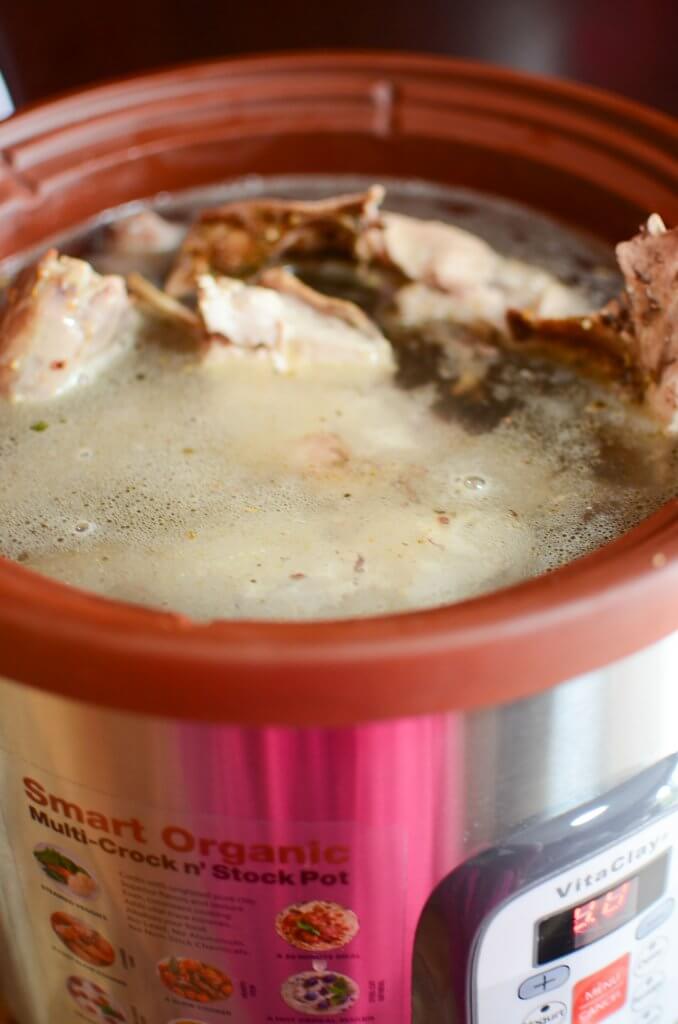 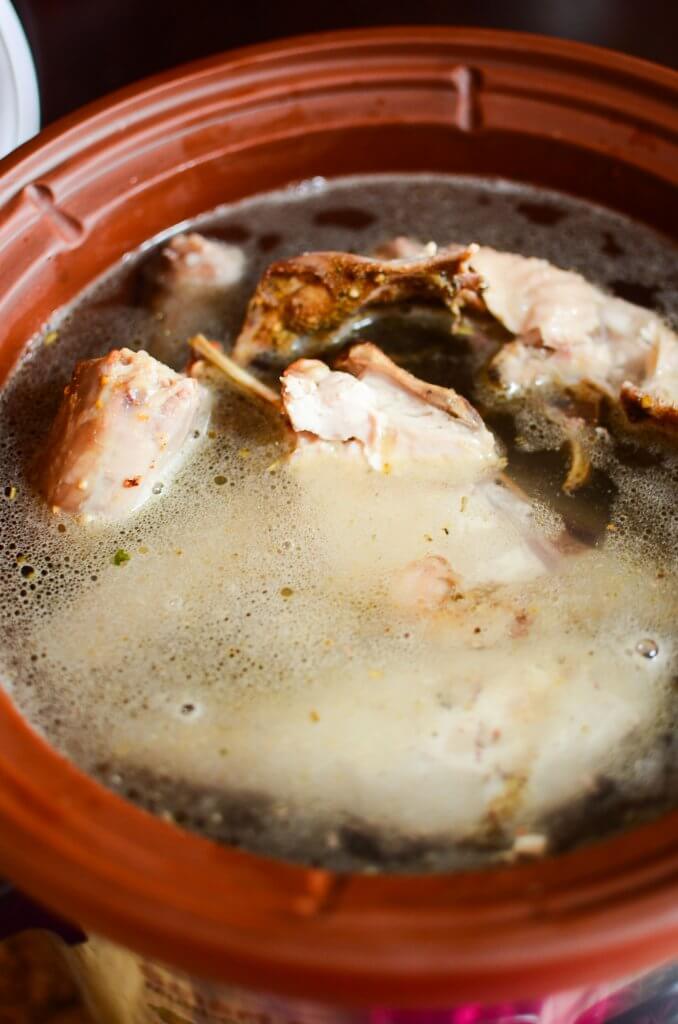 I personally don’t add a lot of other vegetables and or seasoning to the pot when making bone broth because I prefer to clean taste of the poultry that I’m using. This would also go for beef bone broth as well. Also, I sometimes take the broth and make soup with it, and I find if I pre season the broth itself (outside of seasoning the bones), then I’m limiting myself to what I can do with the broth as I wouldn’t want to add conflicting flavors/seasonings.

Plus…. wow.. the broth made in this VitaClay Stock Pot is just simply SO amazing on its own. Seriously. That’s the absolute truth, I just love it for sipping on when you want something warm and nourishing – and we all know how healthy bone broth is for you!

So that said, it’s excellent for bone broth. However, I wanted to test something which is how much the clay insert would hold onto scents/flavors if someone strong was cooked in it. So I decided to make KALUA PORK!!

The folks at VitaClay don’t recommend making roasts in this particular unit but I really wanted to push the limit here and see if it was possible.

Kalua pork, if you haven’t made it before is super simple, and SUPER delicious. It uses salt and liquid smoke (unless of course, you’re in Hawaii and can cook your pork wrapped in leaves and under the ground.. which.. being in the middle of the prairies simply isn’t happening..lol). So liquid smoke it is.  I was curious that the liquid smoke smell would be absorbed into the clay, and would linger there for a long time after  I made it.

So for the Kalua pork, I seasoned a 3lb pork butt roast. 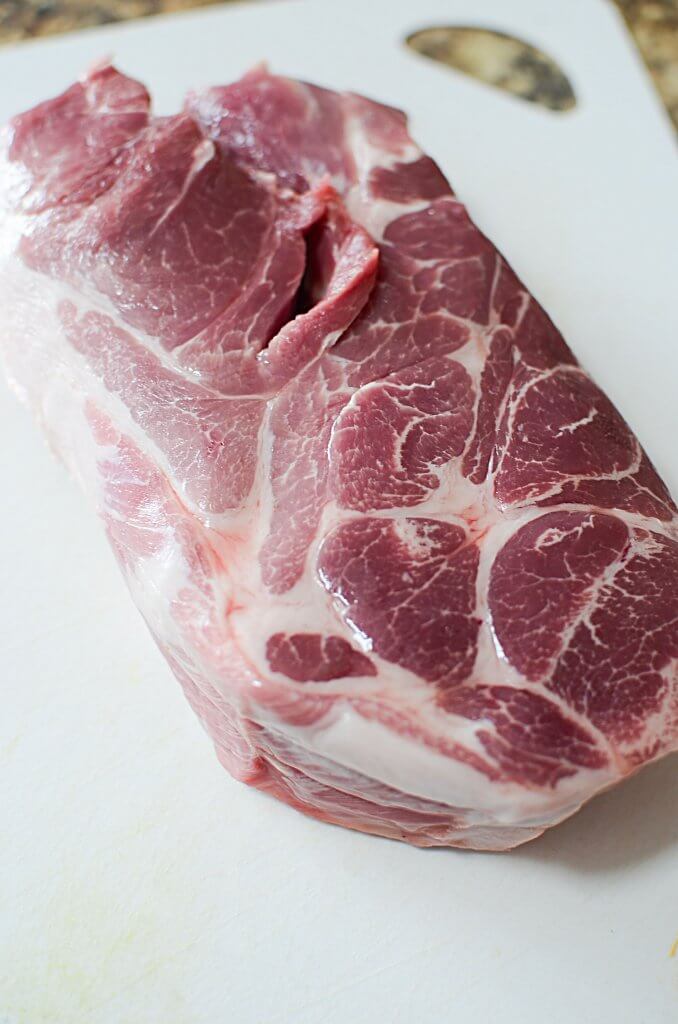 You season the pork with salt and liquid smoke (hickory) . That’s it! Then add a 1/2 cup of water at the bottom of the pot and then add the pork. 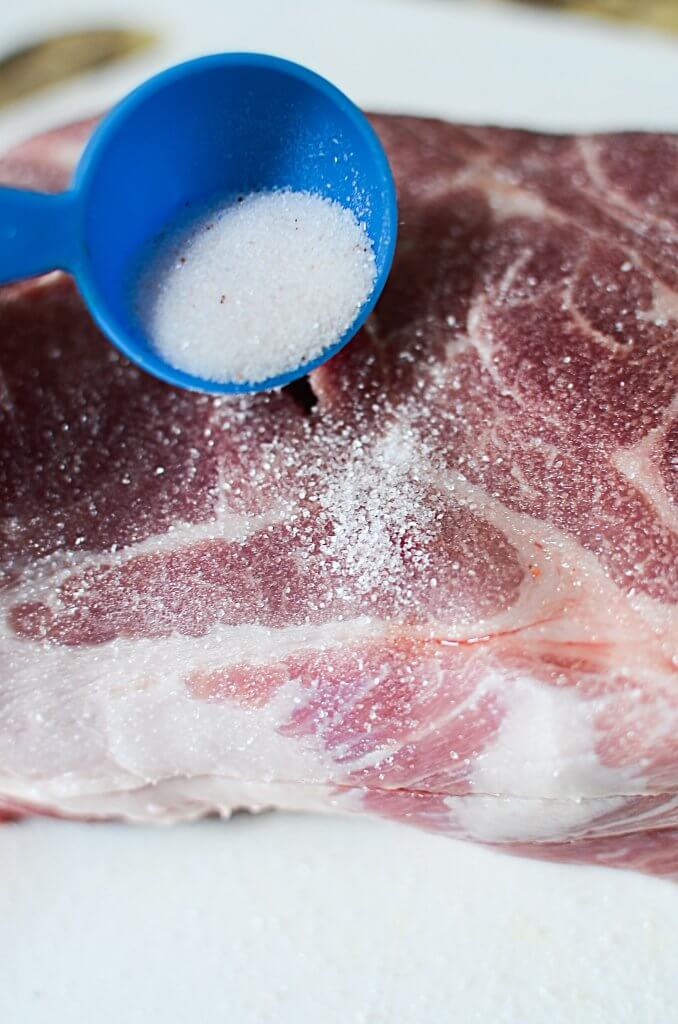 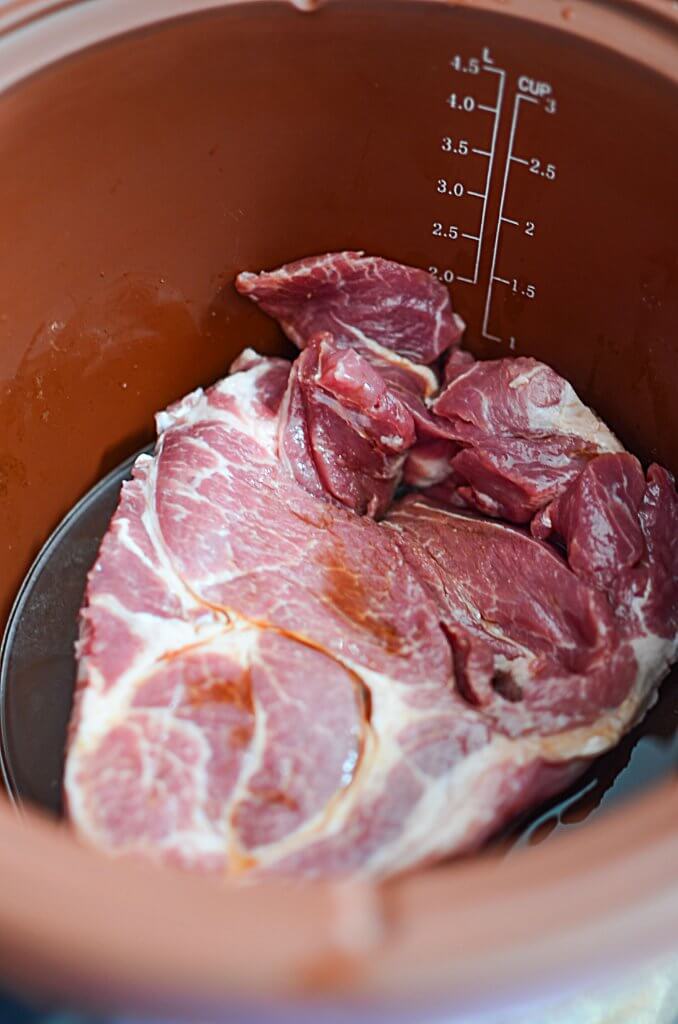 I then put the lid on it and cooked it on “slow” for  3 hours. After that time, I carefully lifted the roast out into a plate and with two forks, started pulling the pork apart in to shreds. It was so amazing you guys! And you know what surprised me the most about this pork dish?

That the VitaClay actually got the caramelized bits on the pork, almost like I made it in the oven!! Omygosh, I was so impressed by that! 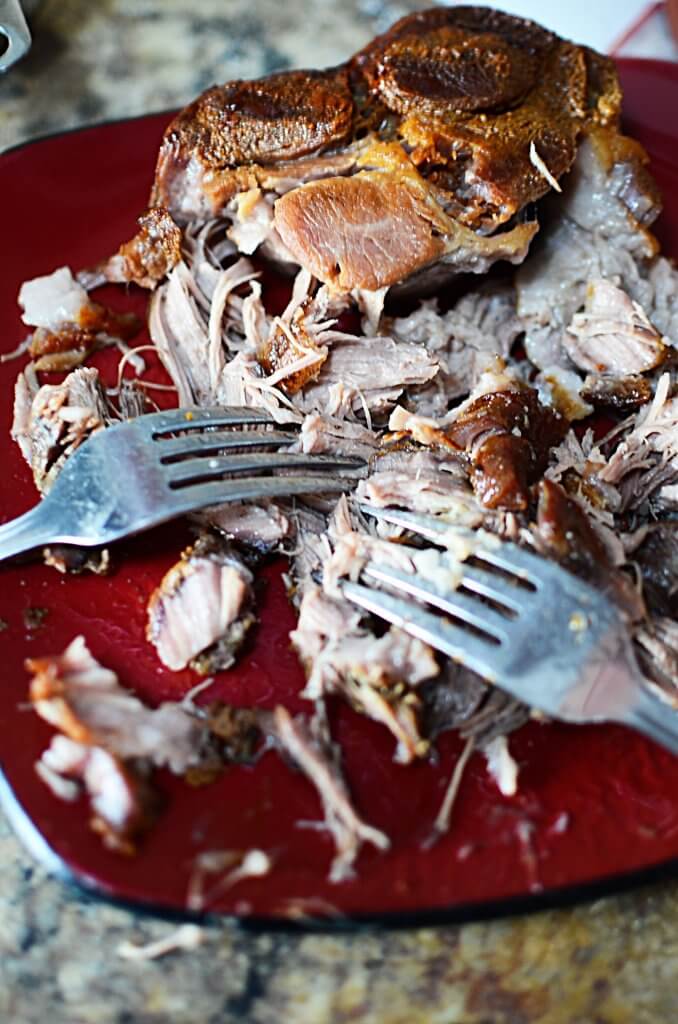 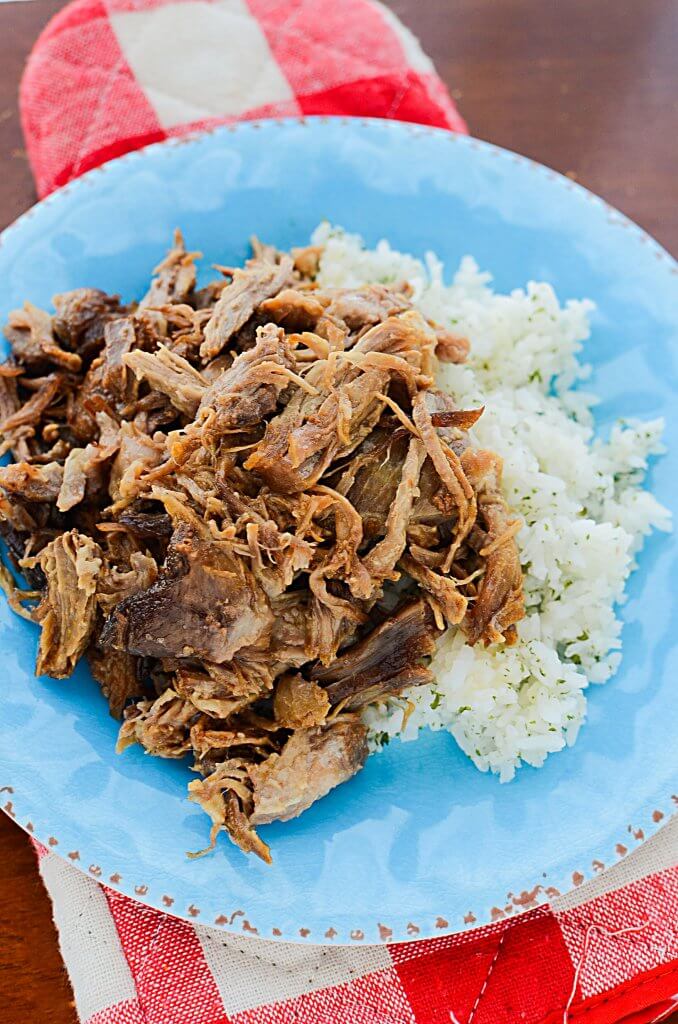 I served the pork on rice, but you could also put it in a bun with coleslaw on top and it would be HEAVENLY!! 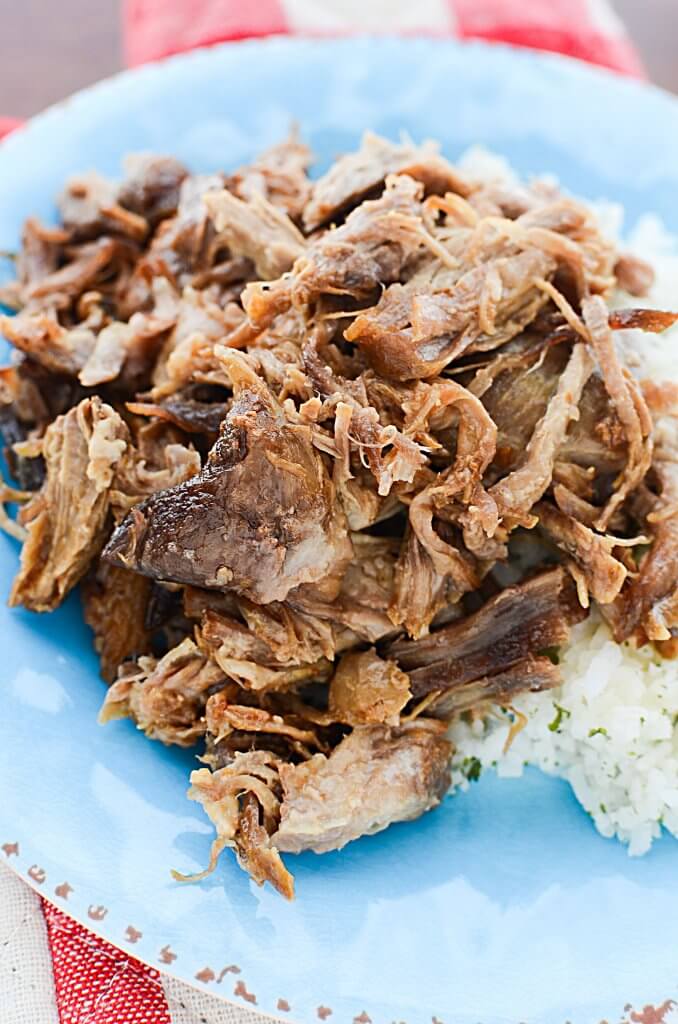 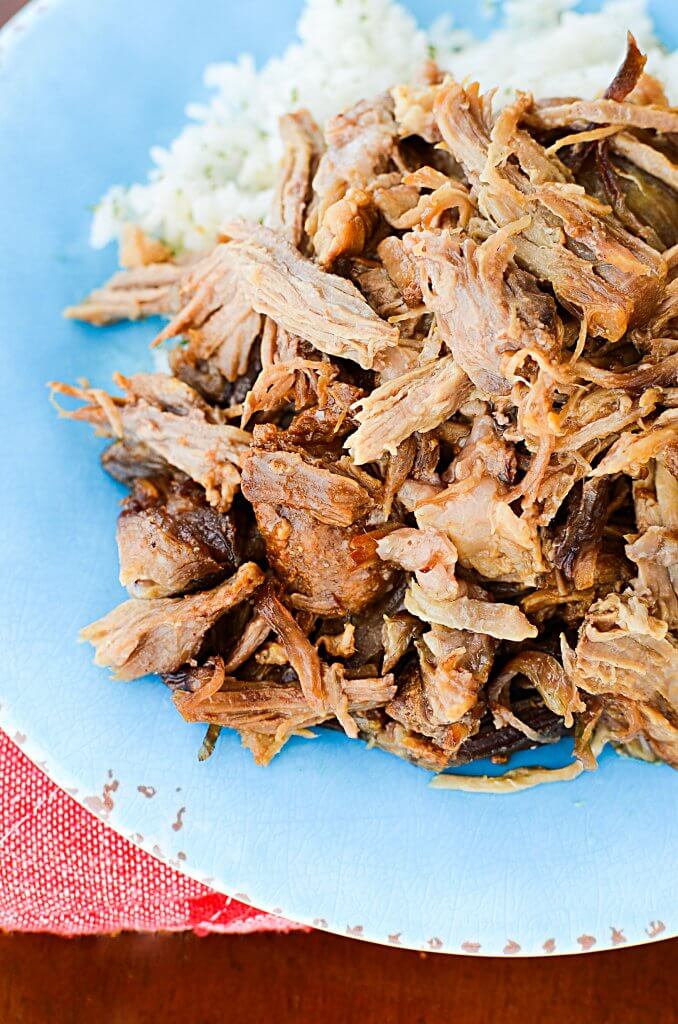 But the MOST impressive thing to me was : NO LINGERING SMOKE SMELL!! Honestly, I’ve made Kalua pork in my Instant pot, and omgosh.. I couldn’t get the smell out of the sealing ring for SO LONG!! I hated that!! But with the VitaClay, it didn’t happen at all. I simply washed it and when it dried, it did not smell at all!! So impressed 🙂

So overall, I would really recommend this VitaClay unit if you had a big family. It will slow cook, fast cook, steam, AND you can make yogurt in it as well!!  If you wanted to read more about all the different multicookers (and recipes!!) that the VitaClay Chef  has, take peek over here.

Thank you for taking the time to read this review and stopping by the The Salty Pot today!!

Also check out what I think about the VitaClay Chef Cooker! 🙂