A review of the recipe from my pretend boyfriend, Jamie Oliver’s Cookbook; Grilled Fillet Steak with the Creamiest White Beans and Leeks.

How’s my pretend boyfriend, Jamie Oliver you ask? Well… he’s super-hot of course, cool and funny. We’ve been jetting here and there all over the world, interviews, cooking demos, saving kids from crappy school lunches, etc. The media keeps wanting to interview me but I just keep telling them NO! – I just can’t possibly stomach the paparazzi. They make up lies! They fabricate stories! They spread un-truths!

So Jamie Oliver is only my boyfriend and I haven’t been jetting all around the world ok?? I’ve been at home, enjoying the quality half hour of tv time we spend together. Well, maybe not TOGETHER, together… and maybe it’s just me WISHING Jamie was my boyfriend. Can’t blame a girl, can ya?  I mean, look at him! ‘Nuff said.

But guess what? My REAL boyfriend, being all sweet and understanding, fulfilled my wishes and bought me a couple of Jamie’s cookbooks. (For no reason I should add!!) Can I just say I was thrilled???

This is one of the books:

I looked over, fantasized, and drooled over  those recipes, trying to decide which one I’d attempt first.  Because I couldn’t really decide, I resorted to the “open the book to a random page and make what you see”… method.

Aaaaaaand the recipe was THIS:

Grilled Fillet Steak with the Creamiest White Beans and Leeks

I was a little let down by the “Recipe Choosing Gods” because truth be told… I’m not a fan of lima beans. They’re “ok”, but really, they rank pretty low on my favorites list. So I thought… “choose me this recipe it did, so cook Grilled Fillet Steak with the Creamiest White Beans and Leeks I must.” (Like that resolve?? lol)

So you slice up 4 leeks, nice and thin. My question that the recipe didn’t answer was HOW MUCH of the leek did I cut? The whole white and green part? Because I have to say… the upper portion of the green parts on those leeks were like barn boards. TOUGH!!! I was going to call my brother who is a chef and ask him as he would most likely know. However, I thought I should follow the recipe as it states, and figure this out on my own. That way any mistakes I make, I can report to you – my illustrious, amazing readers – and you’d just think I’m amazing for saving you from making the same mistakes! I’m so cool sometimes, it’s hard for me to stand it.

I made the executive decision not to slice the woody ends and slice ONLY to the portion where it started to go thick and tough. When you’re done chopping, sweat them in a pan with garlic and a “knob” (“Knob”. Funny word for a measurement. “knob” is probably a tablespoon or something – I’m guessing. Who knows? I wouldn’t mistake it for a stick of butter or anything………………..…… orrrr would I ????? ).

Anyway, after they’re nice and soft, add a cup of white wine (any that you like to drink is fine.). Leave enough wine for you to enjoy after with the meal. Be it a glass, or you know, the whole bottle.

Hey… I’m not going to judge.

Turn the heat up and bring this to a boil. At this point, the lima beans can join the party. Please be sure to rinse them from the can because you don’t want any mushy grossness from the bottom of the can being a party crasher.

Season your steaks. I used just top sirloin cuts. Nothing fancy. Drip a bit o’ oil in the pan and when it gets super hot, place the steaks down (away from you) and fry those lovelies on both sides for a 2-3 minutes a piece, or to your pinkish preference. Just make sure you don’t want to over cook them. Chewing shoe leather like a Neanderthal is no fun. Take them out and let them rest.

Back to your beans, add the yogurt and give it a stir. The recipe says to add a glug of olive oil but I left it out, as I didn’t think it was needed really, but that’s my thing. If you want to, go ahead and glug away!

When the steaks are rested, slice them into thick strips. Divide the bean mixture between the plates and add the steak strips on top.  Here’s my final masterpiece:

My review? Considering I’m not crazy about recipes with beans and leeks, this was quite good. The leeks were sweet and tender, and the beans were nice and soft and creamy like he said they’d be. Surprisingly, they really showed off the flavor of the wine. Combined with the PERFECTLY cooked steak (If I say so myself!), I thought overall, the dish was quite nice. Easy to make and VERY filling.

Did it blow me away? No. Would I make it again? Maybe – and only if I knew the people I was making it for liked leeks and lima beans. If you met crazy and wonderful people like that, make this for them!

If you decide to try the dish, please let me know what you think of my boyfriend’s recipe.

Buy Jamie Oliver’s COOKBOOK or head right on over to his recipe for Grilled Fillet Steak with the Creamiest White Beans and Leeks here. There’s a link to purchase his book there if you wish. It’s a great book with some really fantastic recipes in it!

While you’re here, check out these other mouthwatering recipes I think you’ll like…. 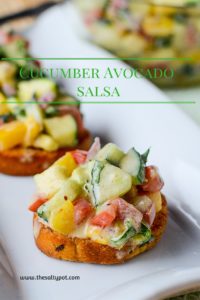 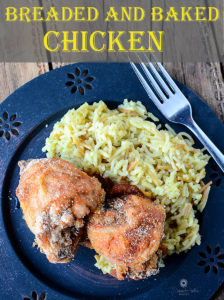 My Invention of Ravioli Soup 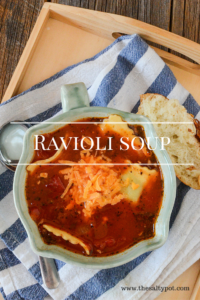